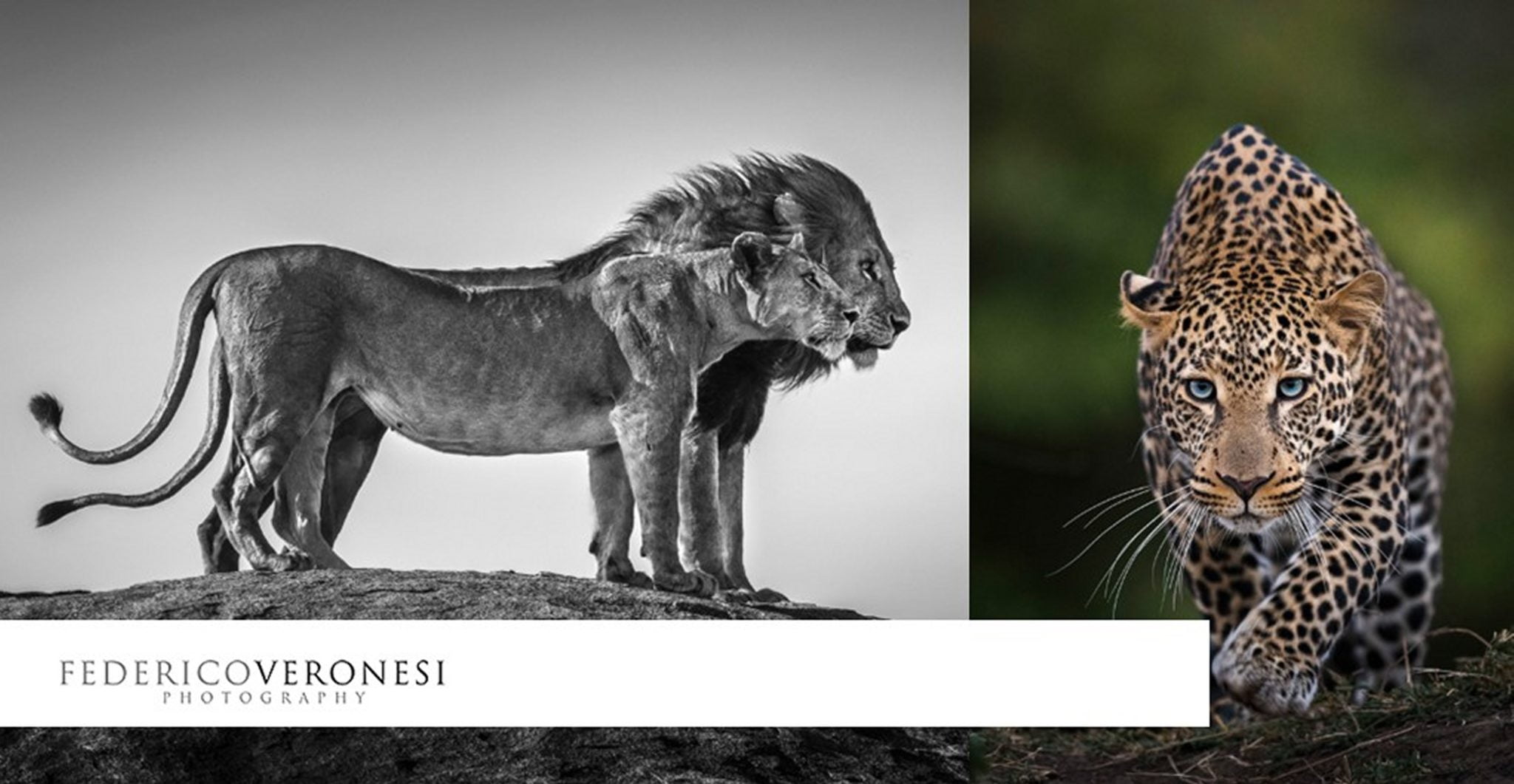 Capturing an evocative image really makes the heart race and the soul sing. And not just when you take the photo but every time you look at it thereafter. Fantastic images of our precious wildlife are also an important tool in educating others about the urgency of conservation and preservation. So, it is no surprise that so many amazing wildlife photographers choose Africa, time and time again. Their work is not only beautiful but can do so much for others.

Federico Veronesi was raised in Italy by a family of keen photographers and naturalists. His passion for African Wildlife and photography developed during his childhood. At six years of age he experienced his first safari in Kenya. Through the lens of his small Polaroid camera Federico felt he had found his place in the world. In 2007 he set up a small semi-permanent tent on the banks of the Talek River, in the Masai Mara National Reserve. But what Federico says about neighbouring Tanzania is what has many people following in his footsteps…

“For a photographer specializing in Africa’s wildlife, few places match the endless savannahs of Tanzania. The concentration of animals is extraordinary. Over one million wildebeests sometimes graze on the plains, stretching as far as the eye can see. In the heart of this immense wilderness, magnificent rocky formations, called kopjes, host predators during the daytime. I love to photograph the big cats in this timeless setting. Looking into the eyes of an animal you can see so much curiosity, determination, resilience… The feelings and memories of such close encounters are probably what I treasure the most. Another place that totally captures my emotions is the Ngorongoro Crater, with mist and clouds wrapping the rim in the morning and majestic wildlife underneath.”

And here at Shaw Safaris we also share that passion for the perfect picture. We have just hosted two amazing photographic safaris where a photographer has helped guests to get the very best out of their cameras and create the most memorable of images. From perspectives, locations, angles of the wildlife, use of light and more, right to the finer details of editing the images, this knowledge adds a whole new dimension to your ultimate safari experience.

For further inspiration visit www.federicoveronesi.com and enquire about our safaris for photographers to find out more.