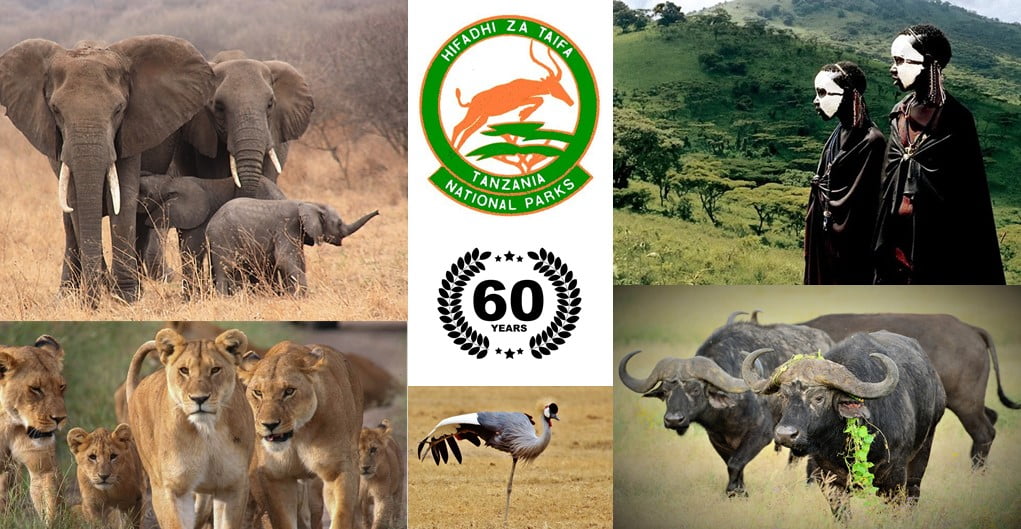 Some six decades ago famous German conservationist Professor Bernhard Grzimek and his son Michael produced, ‘Serengeti Shall Not Die’. This documentary film and book opened up a tourist landscape in Tanzania and East Africa. As a result, it drew tourists from across the globe to undertake wildlife safaris. In addition, Professor Grzimek demarcated the present boundaries of Serengeti National Park and Ngorongoro Conservation Area. Subsequently, he worked with the British and Tanzanian government to conserve wildlife in those two parks. The Tanganyika National Parks Ordinance of 1959 established Tanzania National Parks (TANAPA). Consequently, the Serengeti became the first National Park. Tanzanian wildlife parks, under TANAPA, have since stood as the leading tourist attraction hotspots in Tanzania and East Africa.

Tanzania’s First President Julius Nyerere, deliberately advocated for the need to establish wildlife parks and develop a national tourist base. Also, he took into account that tourism under British colonial powers meant amateur hunting rather than photographic safaris. In September 1961, three months before independence from Britain, Nyerere together with senior political officials met for a symposium on the ‘Conservation of Nature and Natural Resources’. As a result, they endorsed a document on wildlife protection and conservation known as the ‘Arusha Manifesto’.

The manifesto had since then been a milestone for the conservation of nature in this part of Africa. As a result, TANAPA supports community projects in villages neighbouring the national parks through its Social Community Responsibility (SCR) program known as ‘Ujirani Mwema’ or “Good Neighborliness’. The “Ujirani Mwema” initiative had shown a positive trend, bringing reconciliation between people and wild animals. Above all, people in villages appreciate the importance of wildlife and tourism to their lives.

National Parks Conservation Commissioner Dr. Allan Kijazi says the commemoration of 60 years of the parks will be used to promote domestic tourism and conservation. Serengeti National Park, which has won a number of global awards, is a world heritage site and a global natural wonder. Still a top tourist attraction thanks to the great  migration involving over a million animals in a lifetime event, which tourists don’t like to miss. Nature conservation in Tanzania is governed by the Wildlife Conservation Act of 1974, which allows the government to establish protected areas which outlines how these are to be organized and managed.

Ngorongoro, the cradle of mankind

Early hominid footprints dating back to 3.6 million years are among paleontological, archaeological, and anthropological sites whose scientific evidence confirmed that the area is the cradle of mankind. It became a UNESCO World Heritage site in 1979, a Biosphere Reserve in 1981, and mixed Natural and Cultural World Heritage site 9 years ago. Ngorongoro Conservation Area Authority (NCAA) is tasked to conserve and protect all its natural and cultural resources. It takes a leading role in promoting tourism and the protection of pastoralists and the hunter-gatherer communities.

The NCAA used this year’s ‘World Tourism Day’ to reflect on its mandate, achievements, and the way forward. It has directly created jobs inside and outside the area, including conservationists, tour guides, tour operators, curio sellers, and hoteliers serving a magnitude of tourists going there every day. The number of tourist lodges has massively increased from its humble beginnings of 3 in the 1970s, along with permanent tented camps. Other accommodation facilities inside the Ngorongoro Conservation Area are 6 semi-permanent campsites and 46 public and special camps.

The current selection of activities now includes cycling, hot air balloon rides, horse riding, bird watching, and walking safaris. As a result, it is a very popular destination. Prominent visitors include the 42nd US President Bill Clinton, Reverend Jesse Jackson, and Hollywood film stars Chris Tucker and John Wayne. Others were Prince William and his entire delegation which attended the 2008 Leon Sullivan summit in Arusha. Some scenes in the Oscar-winning Out of Africa and John Wayne’ Hatari within the area.

The management has heavily invested in the development of pastoralist communities, including the provision of primary to university education. In addition, it also provides local authorities with funds for roads, health facilities, water supplies, and veterinary services. Additional tourist sites  established within the Ngorongoro Conservation Area include the Olduvai Gorge, Muumba Rock near Lake Eyasi in Karatu District, and Engaruka Ruins in Monduli District.

The National Parks represent the highest level of resource protection that can be provided. Today TANAPA has 16 national parks, covering approximately 57,024 square kilometres. It has become the leading tourist selling point for Tanzania, making tourism an important sector of the economy for development. Above all, success in wildlife conservation set a solid foundation for re-thinking and repositioning the national parks management globally.

Sources: eturbonews.com and author Apolinari Tairo, who is also a member of the African Tourism Board